I’m feeling pretty chuffed with myself right now. I’ve found the paleo way of eating incredibly easy. I did have a bit of a panic-on initially, when trying to work out my weekly food menu; have I bought too much/too little, and other thoughts of that nature. However, if I have made too much of something, I’ve simply eaten the rest of it the following day. Simples!

I’m finding that I’m not particularly hungry first thing in the morning, which is unusual for me, but today I ate a banana and drank plenty of water. When I was diagnosed as being gluten-intolerant, the nutritionist advised me not to drink for at least an hour after eating; something to do with it messing up proteins in the stomach. Whether that is scientific fact or not I’ve no idea, but since then, I’m always watchful of the time! 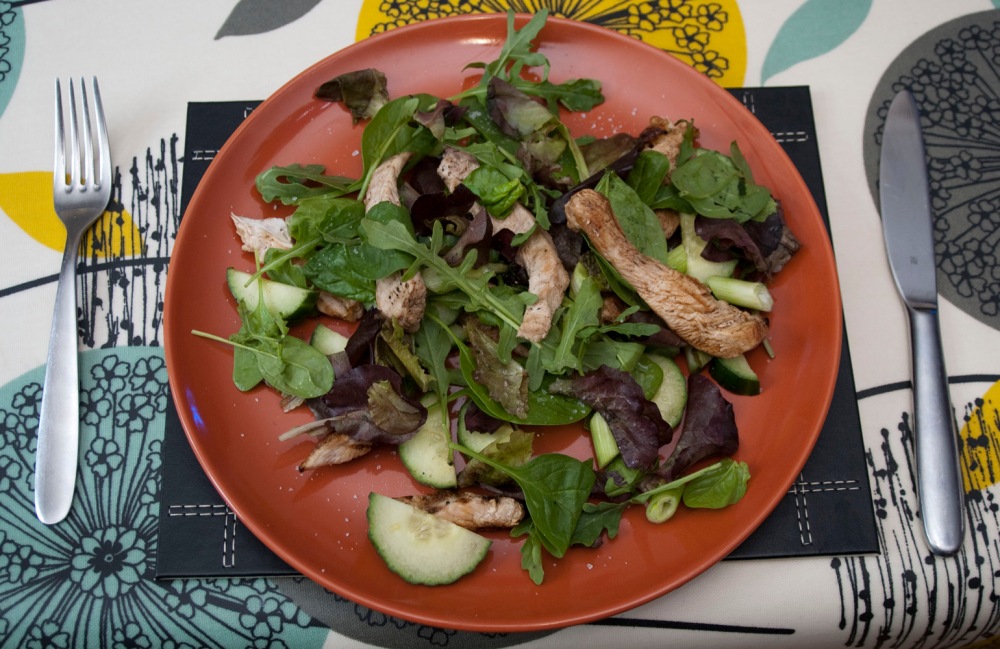 Around 11am I made char-grilled chicken strips and mixed them with an organic leaf salad including cucumbers and spring onions. And there’s plenty left for tomorrow!

We had a friend over for dinner (I couldn’t eat a whole one!) so I decided to make guacamole stuffed chicken which I served with sweet potato fries and a mixed salad. Apparently it tasted grub-tastic!